How Much Can Humans Really Affect The Climate? 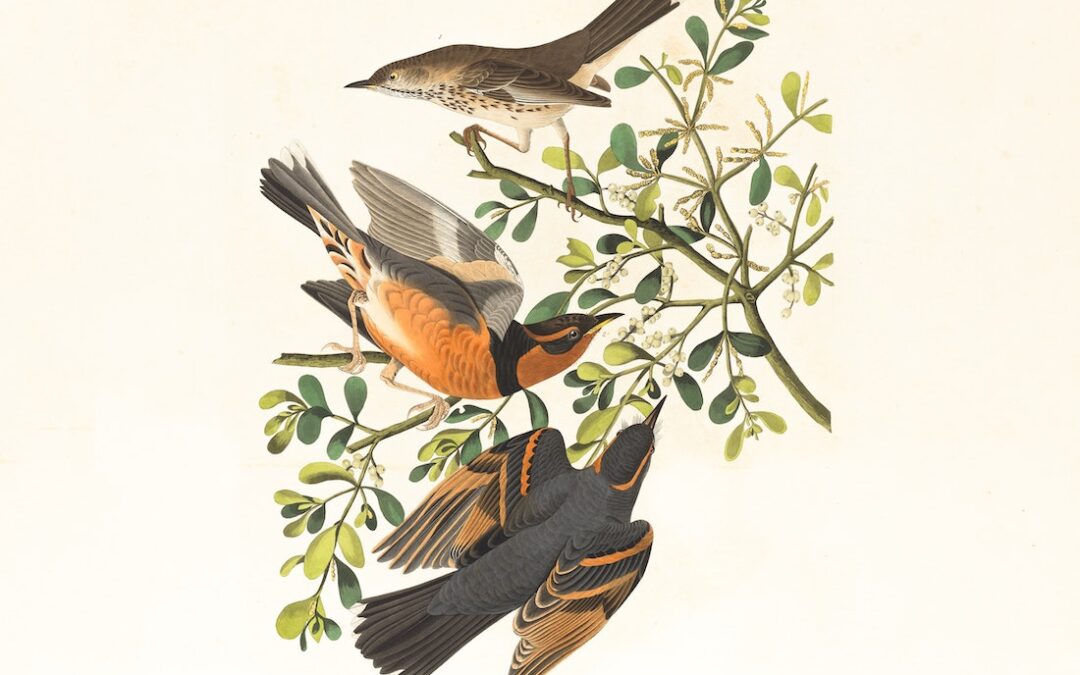 How can weenie little humans change the entire planetary climate?

If we can still eat, power our homes, and make families… and the planet can keep natural selection going… then what’s the effect of a few more degrees?

The two sides of the climate coin are simple:

Breaking it down: When has the planet been warmest?

The warmest periods on our planet all occurred before human life evolved. In the past 70,000 years, while various types of humans evolved (neanderthal, etc), the planet was still cool enough to have polar caps and maintained an average global temperature below 60°. Only in the last 10,000 years did homo sapiens start building civilizations.

During the last 10,000 years, our planet has been ‘in between ice ages’ and on the cooler, more stable side of temperature. 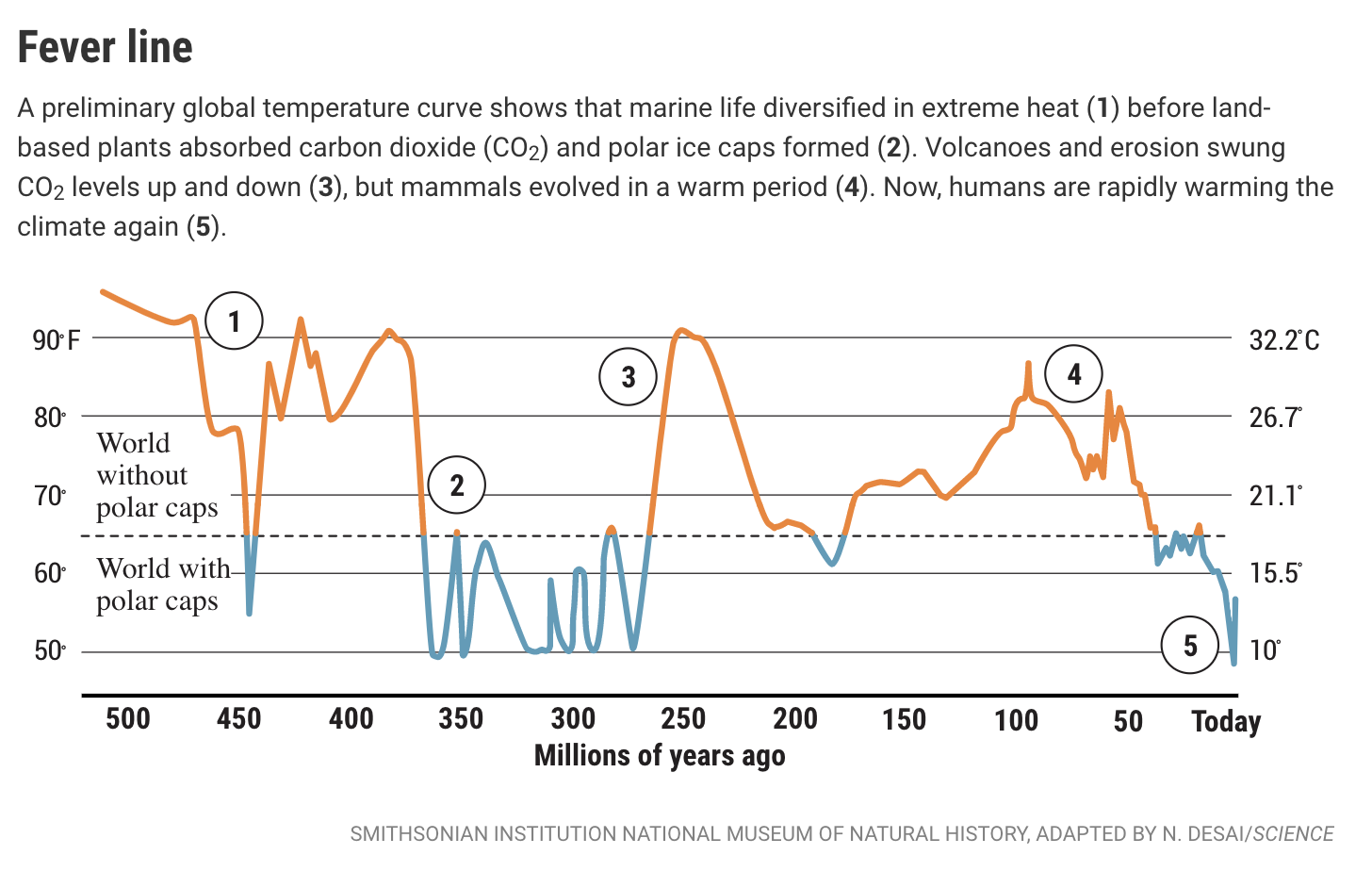 So yes, the planet does go through cooling and warming temperatures, and yes, we are still in a comparatively cool phase of the planet.

The key here is that humans have only ever resided in stable, cooler temperatures, and temps have never escalated as quickly per decade in human history. It’s no coincidence that the spike began near the industrial revolution, when we started to release trapped carbon dioxide into the atmosphere.

So we’re not hurting our planet by warming her up…

She likes a sauna.
Researchers tracking the planet’s temperature history have not found that the earth is hotter than ever. But they have found that:

“This kind of work gives people a sense of how easy it is to tip into a warm period. Because the world has been warm.” – Ethan Grossman, geochemist at Texas A&M University

Our impact on climate only hurts our own species.

We are hurting the animal and plant species that have evolved with us. But if we look at our planetary timeline… all plants and animals have evolved or gone extinct per age of the earth.

The planet will keep adapting around our activity, it’s not the planet that is at risk.

Rather we’re starting to see the warnings that our activity might make living conditions much harder for all 8 billion of us.

We can either realize that we are mammals on a planet indifferent to our individual survival – a planet well versed in adapting life to its changing conditions as it flies through space – or, we can choose to keep building meaningful civilization for another 10,000 years.

The Greatest Opportunity for Our Species

In the history of mankind, we’ve never been more interconnected. Greater numbers of people have mobilized around a single idea in the last 10 years than the species has ever seen. Billions of people have chosen to talk on cellphones, buy organic, and wear blue jeans, for example. If we can mobilize around those ideas… what if we could mobilize around something greater?

What if the pending violence of a changing planet is the perfect lesson for us?

Whether we are causing climate change or not is less important than the greater-collaboration now required to keep the planet habitable for all of us.

It was our ability to organize ideas that put us at the top of the food chain. That ability made civilization possible, survival more probable, and the power of world dominion ours to use as stewards or control freaks.

“Fiction has enabled us not merely to imagine things, but to do so collectively. We can weave common myths such as the Biblical creation story, the Dreamtime myths of Aboriginal Australians, and the nationalist myths of modern states. Such myths give Sapiens the unprecedented ability to cooperate flexibly in large numbers…

Sapiens can cooperate in extremely flexible ways with countless numbers of strangers.

That’s why Sapiens rule the world, whereas ants eat our leftovers and chimps are locked up in zoos and research laboratories.”
Yuval Noah Harari, Sapiens: A Brief History of Humankind

Perhaps the idea of surviving as a species will leap our organizing power from families and countries – to species and continents?

We’ll have to face the challenges of climate refugees, pandemics, superstorms and natural disasters, as well as draught, famine, fear, and food scarcity.

Hang In There | Ayşegül Altınel for Unsplash

And yet, with technology and our endless access to collaborative invention… we could find individual purpose in a real story of saving the world together.

Have you noticed that every gift guide looks the same? Apparently the internet limits gifting suggestions to candles, slippers, tote bags, and ornaments. As I've collected sustainable and ethical gift guides, the missing ingredient has been...
read more

8 Steps to Eat More Mindfully for Health and Environment

Food production and agriculture is the second worst industry for the planet… but it’s also the only industry every single one of us interacts with every day. From improving your wellbeing to impacting the rate of climate change, the sustainability of your eating...
read more

Podcast Interview: How to Integrate Sustainability Into Your Everyday Life

Questions covered in this show: How would you define 'green' or 'sustainable?' How does that affect how you live? How do you integrate it into your life? What drives you in this direction? What's your WHY behind sustainability? Was there a crisis point that drove you...
read more

Want to Get People Talking About Your Business? Try This

Pastel on paper by Katy Ward There’s one common breakdown I see with every brand I work with. The team is lit about their product or service... but the customers get a watered-down dose of that passion at best.  Why does this happen? Think about it - every...
read more

There are millions of people working to stop the overuse and misallocation of the planet’s resources… but who are they? And how are they doing it? You don’t have to search Google til your blueblockers break. In fact, a comprehensive overview of sustainability and...
read more

On Keeping Close Relationships In Spite of Politics

A look at how to talk to family about politics without arguing or ruining relationships.

A Case for Living With Soul (Instead of Purpose)

Image: Pastel and ink on paper • "Soul Singer" • Katy Ward A friend once told me: “the worst mistake anyone can make in life is to build someone else’s “ideal scene.” The “ideal scene” is the dreamed-up version of your life, where every part is a personal 10 out of...
read more

Just google “Sustainable Fair Trade Gifts” and you’ll find 95% of the options are clothes, home goods, or beauty products.  Though it is important to replace our single use toiletries with long term options, clothing and home goods can ultimately be upcycled… and not...
read more

Breaking the Matrix 101. Part 1 of 3 in the Allegory of the Cave series.

Feature art by the McGill Library for Unsplash.

What’s the worst thing that could happen? Getting to the end of your life and realizing you were living someone else’s version of success.